This article was originally published by nojitter.com on the 5th November 2013 by Sheila McGee-Smith - See Original Article 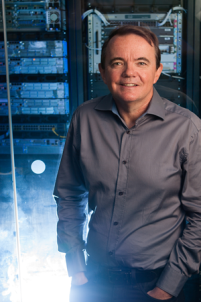 Barry O’Sullivan, former SVP and General Manager of the Collaboration Technology Group, announced in a blogtoday that he will be leaving Cisco. While offering no details, the blog reports that he will be starting a software company.

Since stepping down from the GM job, O’Sullivan has remained at Cisco as a member of Padma Warrior’s CTO and Strategy group. He worked on strategic initiatives in the area of business and technology partnerships. One of those relationships is with SAP, who offers SAP HANA (High Performance Analytic Appliance) on Cisco’s UCS hardware platform.

O’Sullivan leaves Cisco after ten-plus years that saw the company go from a budding supplier having its growing pains in the IP Telephony space to arguably the market share leader. He arrived at Cisco in 2002, after 18 years in increasingly-senior product roles in the voice business at Nortel. When he left, he was running the contact center organization, a $500 million business. I remember asking him shortly after he arrived at Cisco why he’d left Nortel for a much smaller contact center business. I’ll never forget his answer; “I didn’t come here to run the contact center business.” He clearly had the skills, from his many years at Nortel, to contribute on a broader scale.

After a year running the contact center business unit, O’Sullivan became General Manger of the then-more strategic IP Communications business and by 2006 was running the entire Voice Technology Group. O’Sullivan led the business through the glory years of Unified Communications at Cisco, when millions of IP telephones shipped year after year, with Cisco moving from number 6 in IP Telephony global market to top of the heap. Along the way, he brought WebEx and Tandberg to Cisco as well as many smaller acquisitions.

So what’s next? While Barry is keeping a cloak of secrecy around his coming new venture, one can speculate about the technical area it may address

* Cloud-based Unified Communications and/or Contact Center: As mentioned above, O’Sullivan has worked as GM in both of these solution areas. While cloud adoption continues to grow steadily, there is certainly still room for a break-out technology play.

* Media Venture: Last winter, O’Sullivan became one of the Dragons in a television show in Ireland, The Dragons’ Den (the US equivalent is Shark Tank). This week it was announced that Barry will be returning for another season. Perhaps the new software firm combines communications and media in a new way.

I’m sure we will all find out in good time the path Barry will choose. In the meantime, we at No Jitter wish this Enterprise Connect keynote speaker alum the best of luck. May the road rise up to meet you.

This article was originally published by nojitter.com on the 20131105 by Sheila McGee-Smith - See Original Article

We use cookies on our website to give you the most relevant experience by remembering your preferences and repeat visits. By clicking “Accept”, you consent to the use of ALL the cookies.
Cookie settingsACCEPT
Manage consent

This website uses cookies to improve your experience while you navigate through the website. Out of these, the cookies that are categorized as necessary are stored on your browser as they are essential for the working of basic functionalities of the website. We also use third-party cookies that help us analyze and understand how you use this website. These cookies will be stored in your browser only with your consent. You also have the option to opt-out of these cookies. But opting out of some of these cookies may affect your browsing experience.
Necessary Always Enabled
Necessary cookies are absolutely essential for the website to function properly. This category only includes cookies that ensures basic functionalities and security features of the website. These cookies do not store any personal information.
Non-necessary
Any cookies that may not be particularly necessary for the website to function and is used specifically to collect user personal data via analytics, ads, other embedded contents are termed as non-necessary cookies. It is mandatory to procure user consent prior to running these cookies on your website.
SAVE & ACCEPT